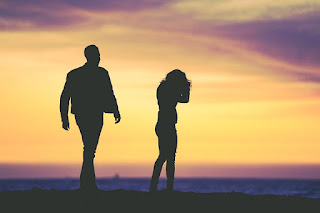 As a saying goes “we are bound to disagree to agree” but when we do not have a better way of solving our relationship problems it then becomes something serious which we might not be capable of handling and this could in turn lead to breakup in our relationships.
Here on this post, we shall discuss on how to avoid and resolve simple things that could lead to serious arguments in a relationship.

Many people failed in their various relationships due to the fact that they could not handle relationships pressure, especially when almost everything seems to lead into a serious argument.
One thing we should take note of is that when there are too much arguments in a relationship, which may not have being that way during the early days of the relationship but suddenly argument starts surfacing and it seems to persistently occur, then we should know at that point that there is or could be a problem somewhere and this problem needs to be fixed before it gets out of hand.

The Problem May Be As A Fault Of The Duo

Arguments in a relationship could be as a fault of the two partners; we should be confident and not bias in determining where the exact fault is coming from, the fault may be from us or our partner. The problem might even be outside our relationship but yet interfere with our affairs in the relationship.
How possible is this?

How To Avoid Serious Argument In A Relationship

Among other things, the first thing that could lead to a serious argument in our relationship is;
1. Lack of Money: The love of money serves as the root of all evil and also the pride of a man in a relationship. Love is not balance without financial stability, yet to make a relationship meaningful and to avoid serious argument sooner or later, you need money. However, money should not be set as the standard or foundation at which relationships should stand.
Sincerely, money is important in every relationship because a relationship without material maintainers is totally worthless. Lack of money deprives us from our duties and responsibilities as a man, it also commands respect, no matter how much our partners loves us, if we are not capable of taking material responsibilities in the home it could cause a lot of problem.
Money commands respect but it shouldn’t be what relationships should be built on. Many relationships fail because they build their love on material things only.
When partners lack the ability and capabilities of funding or financing their relationship, the relationship tends to face some difficulties which in turns lead to argument.
But can argument solve the solution to financial breakdown?
The simple answer is NO. Arguments can not solve a thing but instead increases the pressure, tempo, and creating more havoc in such relationship.
When your spouse or partner is broke it doesn’t mean that they can not be financially stable again, since they even give to us when we do not have or ask them, they know we need these things but sometimes they go broke too. So, the basic things we need to do is to be patient, pray and hopeful for a good turn around since we know they are not the lazy type.
Lack of money can make people to lose their prestige, freedom, power, right and responsibility in a relationship, but when we have a good and understanding partner who isn’t after our resources then we would in a way have some peace of mind.
Many homes has been broken and wrecked because partners could not meet up to the needs at home, this in most time turns into a very serious augment leading to misunderstanding, but when we truly love and understand our partners and endure the hard times they face at that moment things are likely to turn around for the better.
So people even go to the stage of sex denial, an act of denying their partner for sex only because they ask him for something which he could not afford or give due to brokenness. All this will never bring peace to the home instead it gradually destroys it.
2. Misinterpretation Of Words: There are many people out there who face these challenges in their relationships. Avoid serious argument by listening and paying great attention to details. Most partners lack the ability to give a thing a second thought, all they know and hold on to is for their spouse to say a word and get caught, these set of ‘people are one way traffic kind of people’ they can not think twice about a thing.
It is normal to argue in a relationship but when the argument is not based on fact but rather on assumption then there will be a serious problem.
Before we judge a thing we should be able to make good findings and also subject it to verification so as to prove where we may have got it all wrong, we should never jump into conclusion.
There are several ways to resolve arguments in relationships but here, we shall discuss the major ones:
3. Responsibilities: If you can not carry you responsibilities as a man or woman in a relationship then, to avoid serious argument will surely be a great task. Taking responsibilities in a relationship automatically shows how responsible a person is. Responsibilities go a long way in handling relationships.
To have a peaceful relationship is to take total responsibilities in the relationship. The reason why most relationship ends up in a break up is because people could not totally take charge or be in total control of their relationships.
Taking responsibility in relationship commands respect and when we are respected for who we are then it diminishes or lessen the arguments in a relationship.
4. Understanding: When trying to shield a relationship, it is very important to understand the relationship involves our partners or spouses. We should always take our time to know and understand who we are dealing with.
So many things could affect our relationship life, such as mood swing, anxiety and some other factors. We have to be very careful when handling a relationship, we should always endeavor to know our spouses strengths and weaknesses and also find a way to support and encourage them to do better.
5. Communication: More conversations and communication is the key to bring out the best in relationships. It makes us to understand what our needs and wants are in the relationship and as we have state previously, communication makes us to understand and know more about our spouses, their strengths and weaknesses, so that  we would not trespass or hurt them when we actually think that we are having fun.